Regiment of origin: 447th Tallarn Desert Raiders
Role: Anti-Mechanized Artillery
Background: At the age of 14 Sharo was drafted into the 447th Desert raiders to be deployed in the Parthaelion subsector against the separatist forces of Helios Gate. Plans were quickly changed, however, as segmentum command diverted all available forces to combat the threat of the Tyranid hive fleets. After three years in warp transit and with only the training available en-route to back them up the 447th were deployed in the Battle of Herisor in a series of hit and run attacks that were intended to slow the tyranid advance down at a steep cost in lives.

Sharo only really saw combat at the end of the conflict which most likely is the only reason he returned from it alive. After the combat the few remaining soldiers of the 447th where split up and divided amongst those regiments that could use the reinforcements with the majority folded into the 99th Melgovian.

In his new position Sharo is dealing not only with the mental trauma of being the survivor of a Ravener attack but also with his own lack of trust to his new comrades, brought on in no little part by his hailing from such an isolationist Death World as Tallarn. Another consequence of this upbringing is that reading and writing is seen as a leisure fit only for those rich and powerful enough to enjoy such things, a group that Sharo can not count himself amongst and thus making do with speaking broken low-gothic and the Tallarn battle-cant specific to his clan of birth. 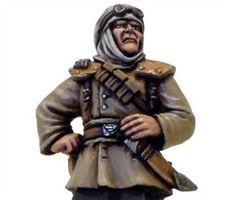