Regiment of origin: Krieg 616th Siege Infantry
Role: Stormtroooper
Background: Born on Krieg Fl134T Begins his like all men on kreig in the army. Throughout his years he showed exceptional skills in sabotage and Front line combat slightly unusually in 616th. Due to this he earned his rank and promotion to stormtroopers due to experience and tenacity for teamwork. He proves his worth and has scars to this of his dedication to the emperor. Recently mostly of his missions have been going against Tryanids and these experiences have brought his regiment to work with Melgovain 99th. When massacre started taking place, his squad along with several others were ordered to frontline to hunt down the possible synpase creatures heading this ambush. His squad was dropped along with several others on the frontline of this assault to halt this ambush. It was a setup to Fl134t at least. Half the squads never made it to the drop sites shot down in mid-air. To him that was to be excepted but then half the squads that landed were killed by some underground tryanids and Possible las fire. The remaining stromtroopers that didnt massacred were hunted by a Advance tryanid known as a Lictor. Smoke witness his squad slow get picked apart by this creature. His sqaud pushed to a bunker where other guards were evcauting. His last squadmate takes out a melta charge and gives Fl134t a look. Fl134T knows what it means and says for the emperor. At this point the fL134T wakes up smoking in his armor on a dropship out of the area. He asks the other gaurdsmen what to the bunker. Blown up and his body flew threw the air smokingn close to a dropship. From here on he earned the nickname smoke and has been adapting to the now merged Melgovain 99th. He suspects heresy possibly throught the higher ups and search for answer even now. 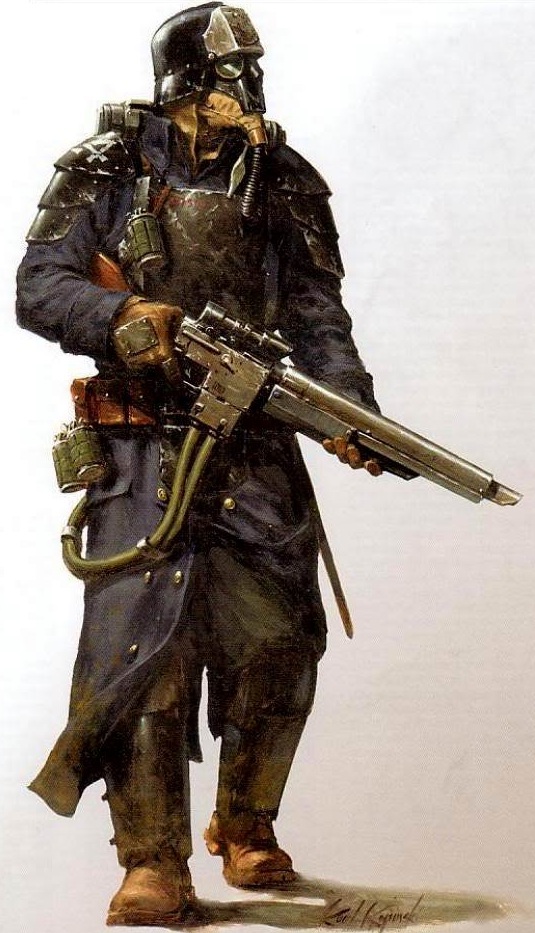