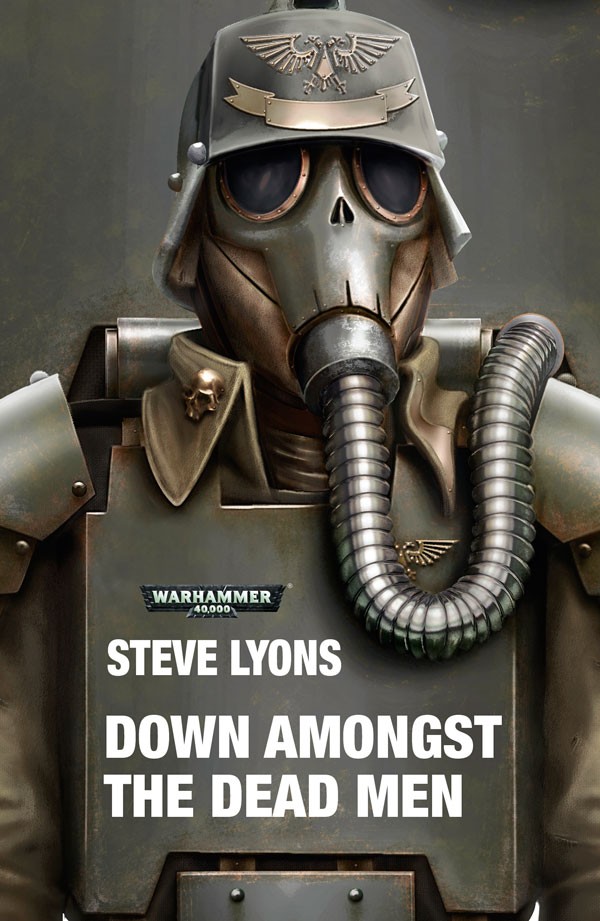 “In life, war. In death, peace. In life, shame. In death, atonement.”
–Final line of the Litany of Sacrifice, recited by Krieg
Korpsmen when entering battle.

In 433.M39, the once-loyal world of Krieg declared independence and renounced the glory of the Emperor. At that moment, the world was changed forever. Colonel Jurten, commander of the 83rd Krieg Planetary Defence Force regiment, gathered to him all those still loyal to the Imperium, and struck back against the rebellion, choosing to unleash the horror of atomic bombardment upon those who had forsaken the Emperor. After five hundred years of atomic fire, continent-spanning trench warfare, and thunderous artillery barrages, the attempted secession of Krieg was halted, but at great cost: Krieg was a blasted, irradiated wasteland, barely inhabitable by equipped for the most hostile environments, and humans. The remaining population was forced to exist in the subterranean bunkers and tunnels that had spread across the planet during the war, and
found that they could not walk upon the surface without protective equipment. Seeking to atone for the betrayal their world’s government had committed, and with no other resources left to offer up in the tithe, the people of Krieg set about providing the only thing
they had left—manpower. Hardened by generations of war in an atomic wasteland, the Krieg people were already well-prepared to be sent out into the Imperium as Imperial Guardsmen. Trained amongst the irradiated ruins of long-dead cities, raised to sermons
of self-sacrifice and penitence, the Krieg regiments have commonly been deployed— often at their own request—to some of the deadliest warzones, from the toxic ash wastes that surround many hive cities, to brutal wars of attrition and years-long sieges. The Krieg have gained a reputation for their grim attitude and uncompromising nature. Disdainful of retreat or surrender, and fighting without fear of death, the soldiers of Krieg seem to have no regard for their own lives. Indeed, the prevailing attitude amongst the Krieg is that they are little more than weapons for the Emperor’s will, faceless and infinitely replaceable behind their anonymous rebreather masks, and they hold self-sacrifice as the highest of ideals. Few other regiments feel entirely comfortable alongside the Krieg, with morale issues often arising as a result. Commissars assigned to Krieg regiments are not required to maintain order and zeal, as is normally the case, but rather, to ease interaction between
Krieg and non-Krieg regiments and curb the self-sacrificial tendencies of their charges.
Given the depleted population of Krieg, it is a wonder that so many Guardsman can be produced, even with the entire world’s remaining efforts devoted to that end. Vicious rumors continue to circle around the world’s regiments, of unnatural methods used to bolster birth and recruitment rates, producing children artificially to ensure that there are always soldiers to give their lives for the Emperor’s wars. To date, no investigations by the
Adeptus Mechanicus have presented any evidence of this, but speculation continues nonetheless.
Early on in his life as a Guardsman, Romulus fought in countless battles for the Emperium on several fringe worlds only to be the sole survivor of his unit on most occasions. This is how he picked up the “lucky” demeanor due to his uncanny ability to remain alive. It also gained him the reputation of being “very” unlucky for his fellow guardsman to have him reassigned to other outfits throughout the Regiment. His zeal for the Emperor prompted Romulus to request acceptance to the Schola Progenium as a Commissar, but early in the recruitment process, it was determined by the staff that his zealous nature was too dangerous to the welfare of an Imperial Guard unit he would be assigned too, and he was transferred to Storm Trooper training instead. In response to requests to bolster the efforts in the Calixis Sector of Segmentum, Romulus was assigned to the 99th Melgovian, 3rd Battalion, H Co., 3rd Platoon under Lieutenant Neflan Sark. And thus began our story… 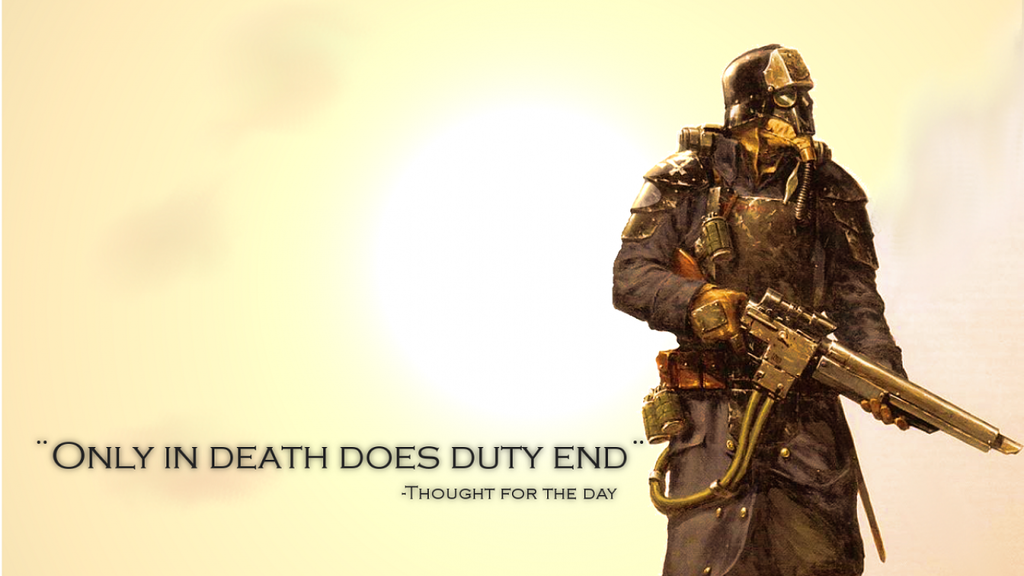